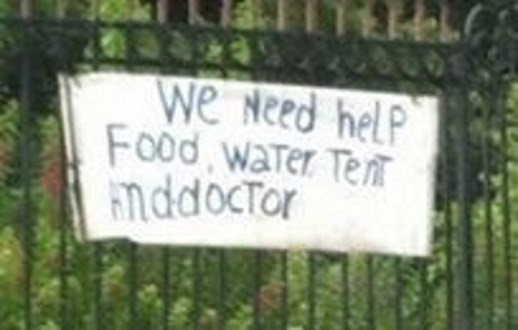 The first time I visited Haiti (pre-earthquake), I landed in Port au Prince and was immediately met with perfect weather and the very soothing sounds of a Calypso Band playing right above the tarmac. I was there to work with New Missions, completing various projects in our short ten days on the island. While driving through the city, the poverty was obvious, but so was the natural joy on the beautiful faces of the Haitian people. We’ve been back several times since the January, 2010 earthquake and were met with a very different Haiti. Our first trip back was six month after the earthquake, and even before landing I could tell this trip would be nothing like last time. From the airplane window, as far as the eye could see, the landscape was covered with tent cities. I knew that the people living under those tents were some of the more fortunate survivors in Port au Prince. And as for the faces of the Haitian people that so inspired me? Still beautiful, but with far less joy, most even carrying an air of hopelessness.

It’s been over five years since the devastating 7.0 earthquake in Haiti, which killed over 220,000 people, and injured over 250,000. Driving through the streets of Port au Prince, one can see that some of the rubble has been pushed to the sides of the roads, but it has not actually been hauled away. Why? Because a natural disaster that has crippled an already struggling country has still not been addressed by its own government. Then Haitian Prime Minister Jean-Max Bellerive stated, “The real priority of the government is to protect the population from the next hurricane season, and most of our effort right now is going in that direction.” Needless to say, the rebuilding of Haiti has been a slow and frustrating process. There is still a large United Nations presence with some Haitians even being paid by the UN to help with removing rubble. That help, however, has not come without a price. Immediately after the earthquake, UN workers brought a strain of cholera into the country, contaminating the water supply, and thousands are still affected by the disease every year. Some UN soldiers have even been found guilty of crimes against women and human rights violations, and the cost of keeping them there exceeds $33 million per month. As of today, 98% of the rubble still remains. Over 85,000 people are still living in tents, with no clean water or sanitation facilities, and the tents are starting to fall apart. Between 23 major charities, $13 billion has been raised for relief efforts in Haiti, but less than half of those funds have been released. The reality of that is staggering – with some of the largest relief organizations in the world raising money for Haiti, the funds are just not getting there, or are severely delayed. On a monetary level, some make the argument that charity begins at home, and that we have poverty in our own country that needs to be addressed. That’s true – we certainly do. But I believe that humanity has no borders. Suffering knows no boundaries, and no human life has more worth than any other. And the suffering in Haiti right now is still so great.

While visiting the now destroyed Presidential Palace, I met a young man named Michel. He approached me with some art that he created and we ended up talking about the conditions in Haiti. He is 29 years old, a University graduate and fluent in three languages yet he cannot find a job. I would bet that he’s more educated than the current president of Haiti. He lives in the tent city across the street with his wife and children. Early on in the conversation he said to me, “So…you’ve come to see Satan’s house.” That is how the Haitian people have come to view their government in the aftermath of the earthquake. This unrest and lack of trust has led to frequent violent anti-government protests around the capital, with many Haitians citing a “lack of moral leadership”. Michel told me stories of children as young as 8 and 9 years old walking that very street at night – their parents having forced them into prostitution in order to raise money for food. These are the stories that keep me up at night, feeling inadequate, angry, and deeply sorrowful.

These stories of mass destruction and lack of relief and hope, all lead to a sense of desperation. As of this point, Haiti has no light at the end of this very dark tunnel.

So how does one make a difference? How might one person, or one group of people, make a dent in the deep suffering of an entire nation?

If you’re wondering, “How can I possibly help in such a dire situation?”, email me at Stephanie@HopeRoadUS.ngo. I’d love to talk about how you can be part of bringing hope to the beautiful people of Haiti.

I have one life and one chance to make it count for something…I’m free to choose what that something is, and the something I’ve chosen is my faith. Now, my faith goes beyond theology and religion and requires considerable work and effort. My faith demands – this is not optional – my faith demands that I do whatever I can, wherever I can, whenever I can, for as long as I can with whatever I have to try and make a difference. ~ Jimmy Carter

President and Founder at HopeRoad Foundation

This site uses Akismet to reduce spam. Learn how your comment data is processed. 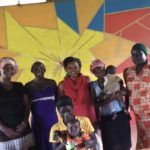 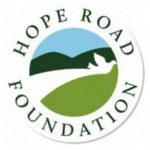 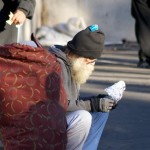 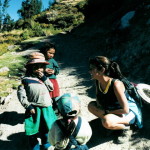 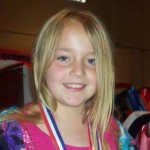 Our Heartbeat for Houston

Coming Together for the Holidays

A Portrait of HopeRoad’s Mission
Subscribe to our Newsletter!

Don’t miss out on your next great opportunity!